Earlier this month, Jay and I took a 9-day trip to northern Italy with my parents, celebrating their 30th anniversary. We had an amazing time, ate the best food and consumed copious amounts of wine. We toured Milan, Lake Como (Varenna and Bellagio), Bologna, Emilia-Romagna and Venice. This post will cover the first leg of our trip, when we stayed in Milan for three nights.

We arrived in Milan early afternoon on October 1st. We stayed at the Best Western Galles. When we arrived at the hotel, one of the rooms was ready, so we stored all of our luggage in that room, changed and headed out towards Piazza Duomo to start exploring and grab lunch. The Best Western Galles was my least favorite hotel, but I think that’s only because of the particular room Jay & I stayed in. It was on the ground floor, (very tiny, which we expected because it’s Europe, but this felt extra small!) and the bathroom and shower was very tiny too! My parents’ room was much better, on the fifth floor, was larger and had much more counter space in the bathroom. I have a feeling that the ground floor rooms were designed differently, but maybe it’s possible to request a room on the upper floors next time. Everything else about the hotel was great – the staff very helpful and breakfast was great – everything you could possibly want (just a little crowded on Sunday, but the week was quieter!) 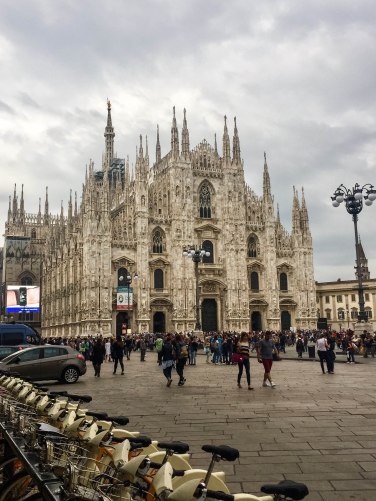 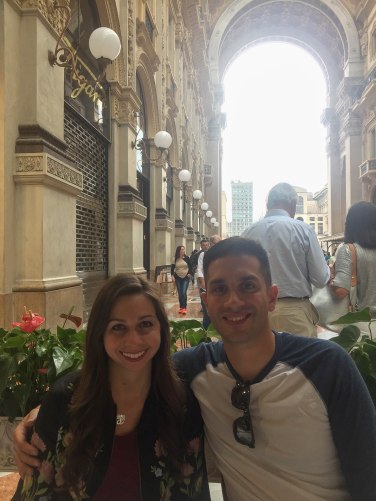 Lunch in the Galleria 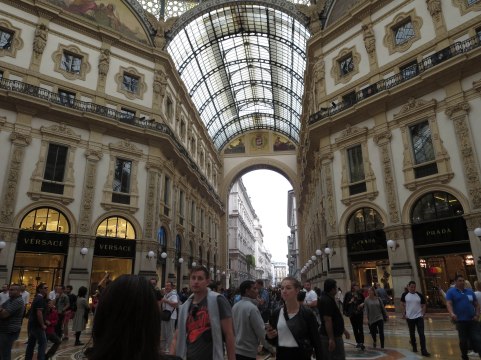 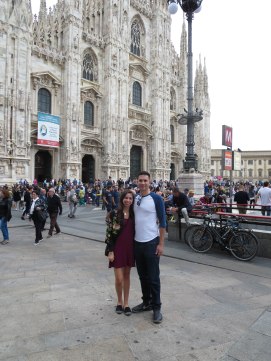 Piazza Duomo
Our first day, we had lunch in a restaurant in Galleria Vittorio Emanuele (pricey, but so pretty, and we were exhausted and starving). After lunch we strolled around the Galleria, went into some stores and then went to the Duomo Museum which was really cool. After the museum, we decided to head back to the hotel so my parents could check into their room. We changed for dinner, and went to a place called Ristorante d’Oro (recommended by the hotel and only a five minute walk from there). We didn’t have a bad meal the entire trip, but this was one of the best! They had papa pomodoro (bready tomato soup), which we have had previously in Rome and Florence, and is one of my favorites! 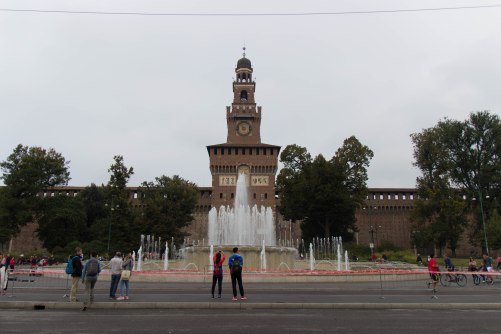 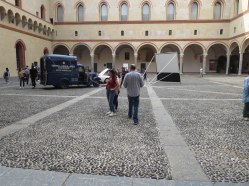 The next day, we went to Sforza Castle and toured the museum there and saw Michelangelo’s Pieta. We then strolled down Via Dante and had lunch outside along the way. We then met up with our group for the walking tour. This walking tour was great! Our tour guide was incredibly knowledgeable, especially when it came to the Last Supper – she told us so many things you would never know by just looking at it. The tour was the perfect length for us, and we were able to see the important highlights of Milan. We then had an aperitivo and later dinner. The aperitivo trend in this region was one of my favorite things about this trip! An aperitivo is a before dinner drink (usually between 5:00 and 7:00 p.m.) The cost of one drink is about 10 Euros, and always comes with an assortment of small appetizers (meats, cheeses, olives, bruschetta, chips – it’s different at each place). 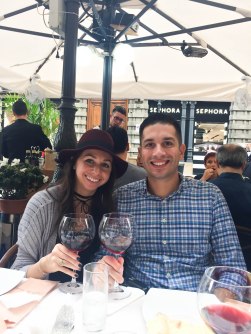 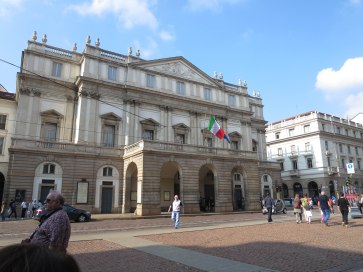 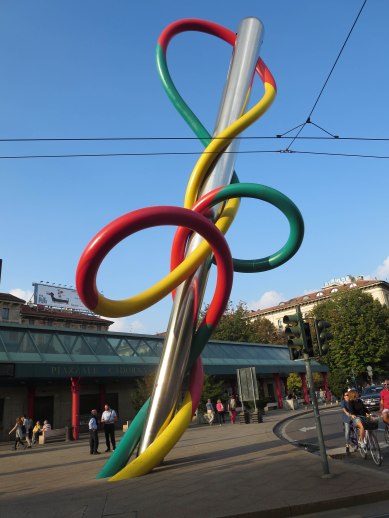 While I am so glad I went to Milan, it was my lease favorite city that we visited on this trip. For me, it was least impressive in terms of its architecture and history. The fashion, however, incredible! From Milan, it was also very easy to access Lake Como. We took a day trip to Varenna and Bellagio, and that will be the subject of my next post – stay tuned!
Photos taken by Jay Brodeur and Alicia DeAngelis.
45.465422 9.185924

Congratulations, Sergeant Brodeur! I am one proud police wife, today and always. 👮🏻‍♂️💙🖤
Swipe ➡️ From holding my bachelor’s degree on graduation day to the hands of my husband on our wedding day... what an incredible decade it has been ✨💗🍾 📷: @massartphotography
2019: Best Year Ever ✨ A personal post reflecting on the past year over on the blog ⤑ Link in bio 🥂 📷: @massartphotography
Our first Christmas as Mr. and Mrs. ❤️🎄
A post-Thanksgiving moment of reflection. So very thankful for the many blessings we’ve been dealt this year, including spending two blissful weeks in this magical place. 🍯🌙 📷 @jpbro_
In the past six months, we’ve traveled halfway around the world, landed a dream job, and redesigned half our house, all while basking in that newlywed glow.✨ I’m sure at some point we’ll slow down and be bored right? 📷 @massartphotography