Back again, continuing my series of posts about our trip to Italy! After to returning to Milan from Lake Como, we woke up the next morning and took a train to Bologna.

We found the trains this entire trip to be extremely easy to use and on time. We got off our train, and walked right to the Starhotels Excelsior, which was right across the street from the train station. This was by far my favorite hotel. It was the most modern and very spacious. We did end up upgrading to deluxe rooms for another 20 Euros per night because those rooms were ready, but we were anxious to drop our suitcases and change our clothes. The breakfast here was equally great. We then set out for the day to explore. I have to say, I LOVED Bologna! Such a cute, quaint and old city, and it reminded me a lot of Florence. 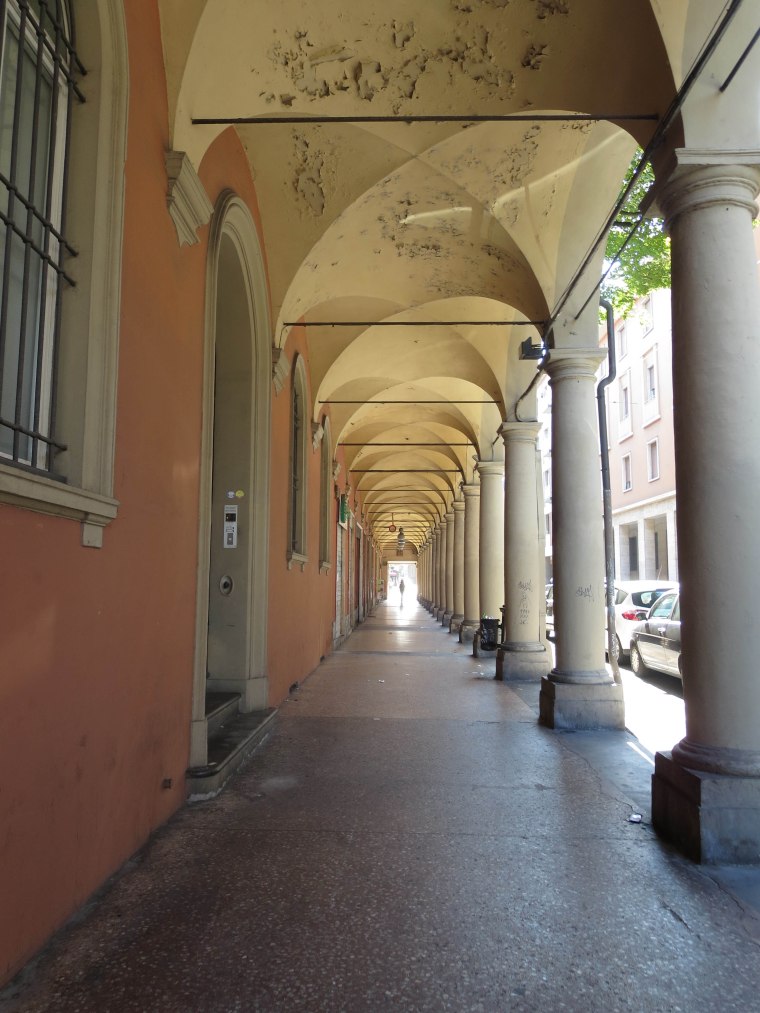 We entered through the ancient city gate and strolled down Via dell’Indipendenza. It was a little late for lunch, so at first we had trouble finding a place that was open until we happened upon this place that looked like a deli. The owner was there and welcomed us in even though he was about to close. At first we had trouble with this menu – it was centered around this food called “Tigella”. Despite our attempts to translate this word on Google, we could not figure out what it was. The owner quickly swooped in to help. We soon learned that Tigella is local to Bologna, and is this type of bread (kind of like an English Muffin) that comes in all kinds of flavors (wheat, white, truffle, etc.) The owner ended up giving us a tasting of everything (pictured below). He brought us three baskets of Tigella bread, then three plates of meats and cheeses to make sandwiches with the Tigella. It was INCREDIBLE! This was by far the best lunch we had the entire trip! 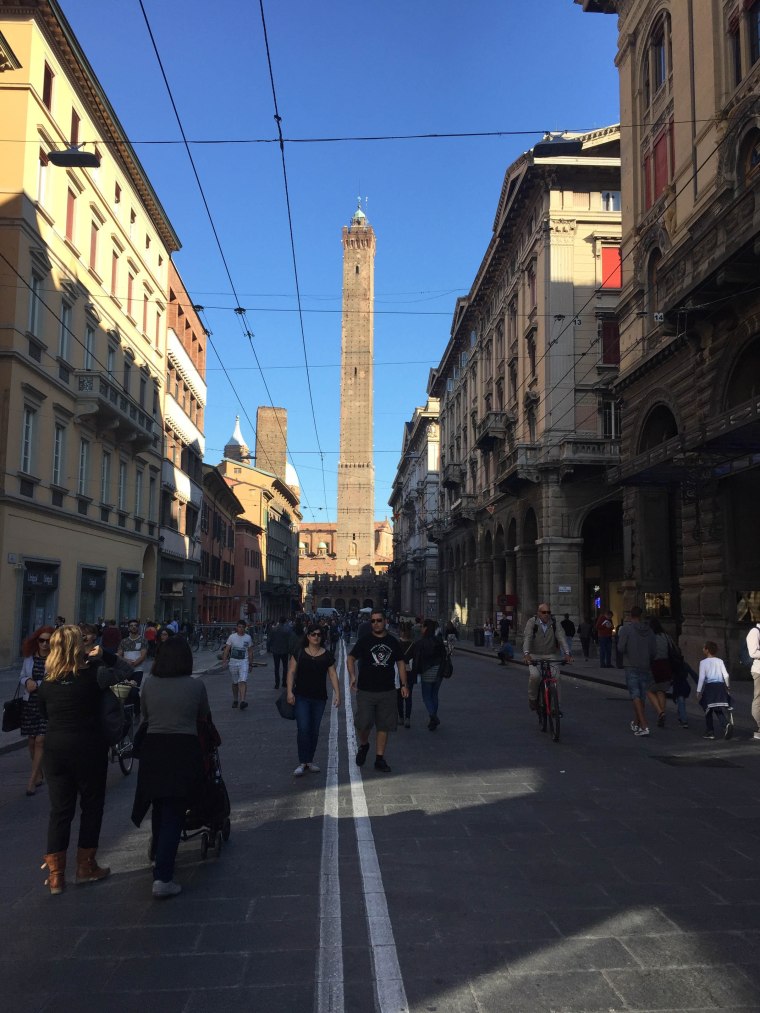 After lunch, Jay and I climbed one of the towers of Bologna (mom and dad opted out of this one). It was 498 steep steps to the top, but so worth it. The views of the city were amazing! After our descent, we grabbed some gelato, did a little shopping back along Via dell’Indipendenza – so many great shops, then went back to the hotel to change and went out for dinner at a place we had stumbled upon during the day – Osteria delle Donzelle (the sign is pictured above in the photo of my mom and me walking). 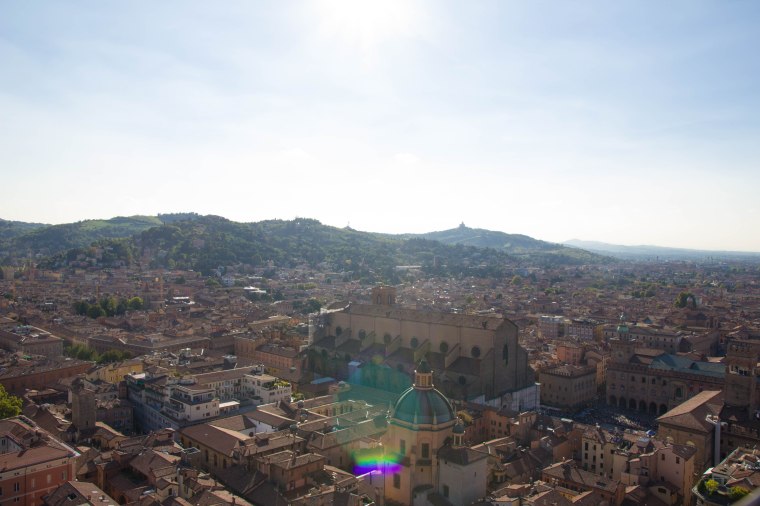 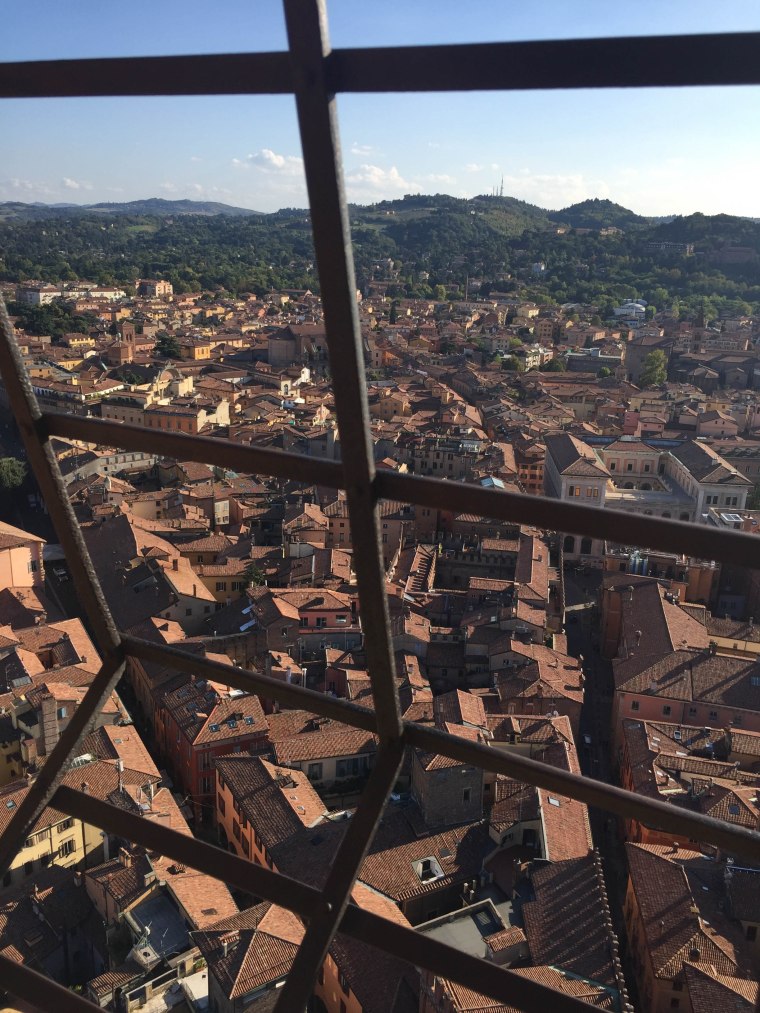 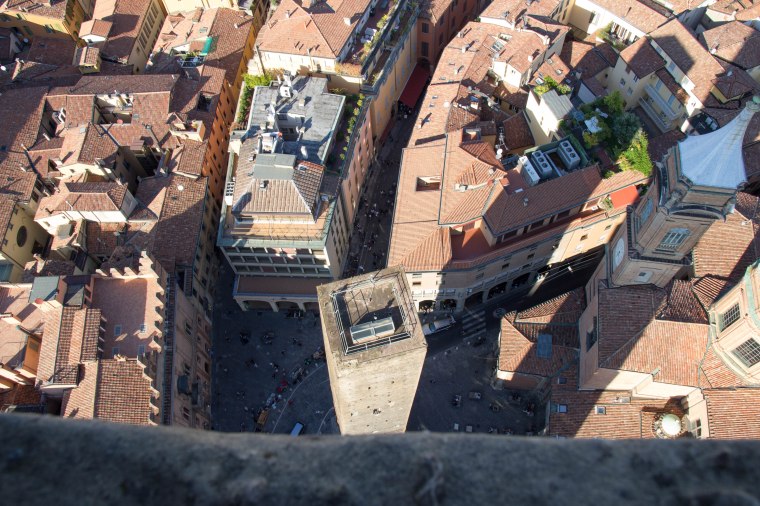 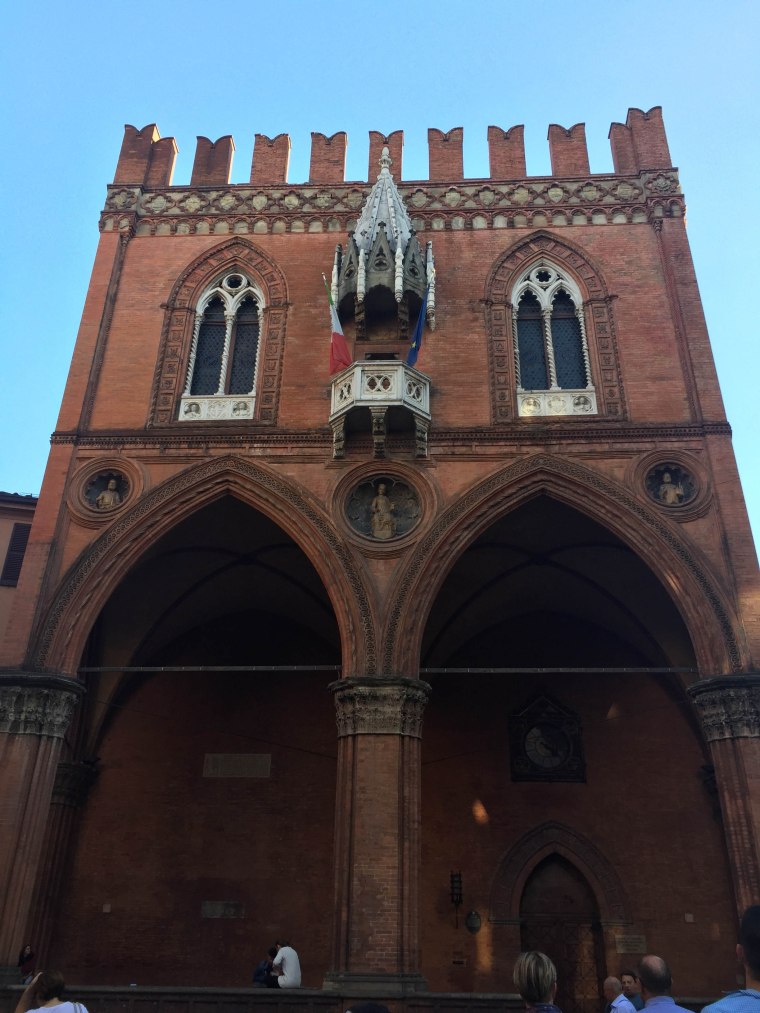 Up next: our life changing Food and Ferrari Tour… Stay tuned!